The History of Cascade Splendor

Some may not know this, but the gigantic mountain scene at The Lights of Christmas actually has a name. The massive display that debuted in 2006 is called Cascade Splendor and it has a beautiful story.

Cascade Splendor is 247 feet long, it’s made of 3.65 miles worth of string lights, and contains 60,830 lightbulbs. When lit up in all its glory, it really is something to behold. The breathtaking details and scale is what make it one of the most memorable displays at the event.

The display was imagined by The Lights of Christmas Outdoor Artistic Designer, Laurie Fertello. Cascade Splendor was actually the second mountain scene at the event. The first was Mountain Grandeur and debuted the year before.

“I wanted to do a mountain scene that featured more local mountains.” said Laurie. “I really wanted it to be Mt. Baker with rolling hills.”

Former board members Bill and Darlene Hartley had a house on Camano Island with a beautiful view of Mt. Baker. Laurie went there, took a photo, came back to the office, and transposed it onto a grid to essentially make it a paint by number, but with Christmas lights!

The fishnets and cable were erected soon after and Laurie and the team went to work marking where the lights needed to go and attaching it to the nets. All the work had to be done in a hoist.

“I was afraid of heights at first!” Laurie said, “By the end of the project I loved it!”

From start to finish the project took over three months!

“When we got it all together and turned it on for the first time I thought I was going to pass out! It was just so beautiful!” Laurie said.

It’s the largest display at The Lights of Christmas and is featured as the background on so many photos of the event! Look for Cascade Splendor this year as you drive through the Nativity area, it’s on the left. 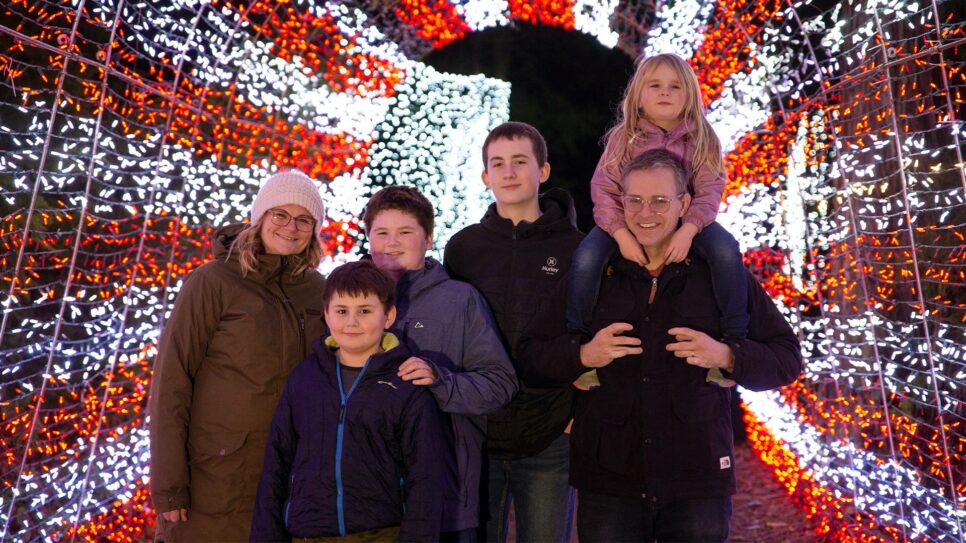 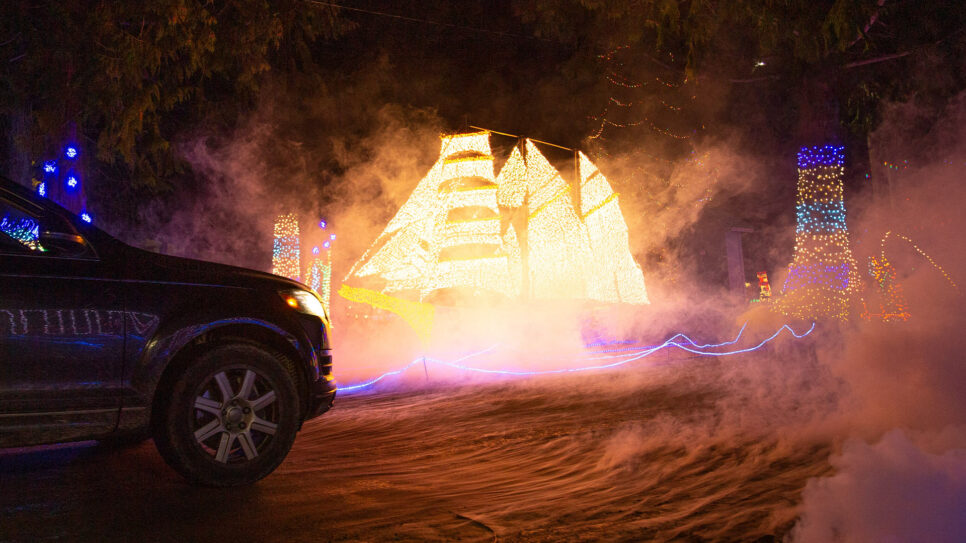 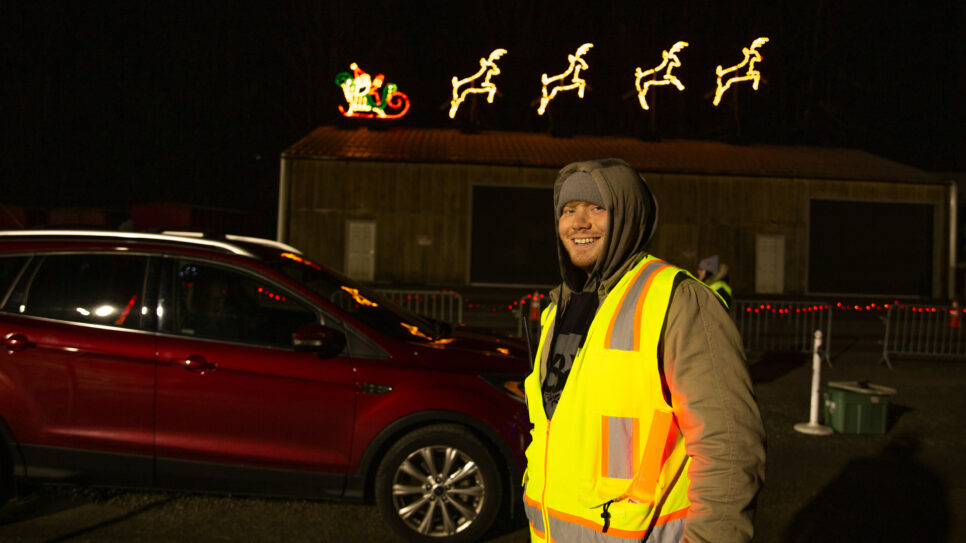 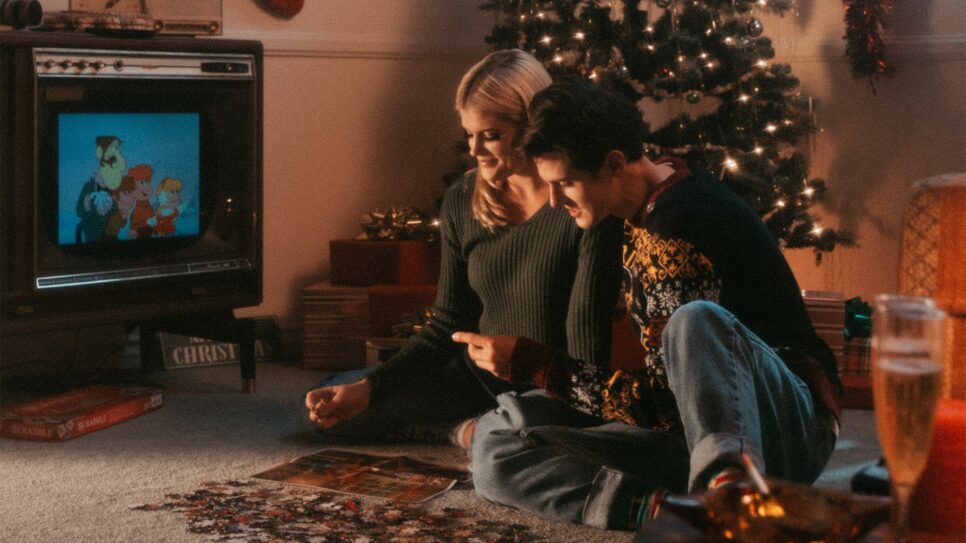 The holiday season brings so many wonderful opportunities to gather with the ones you love! From driving through The Lights of Christmas to spending a cozy night at home, there are endless opportunities to enjoy the holidays. And as the weather grows colder, watching a Christmas movie is a great way to spend the evening!… 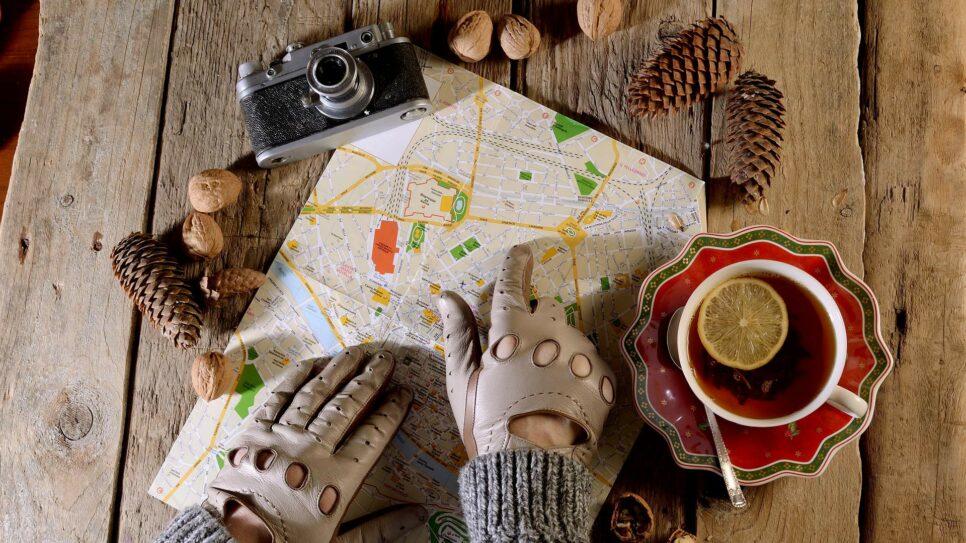 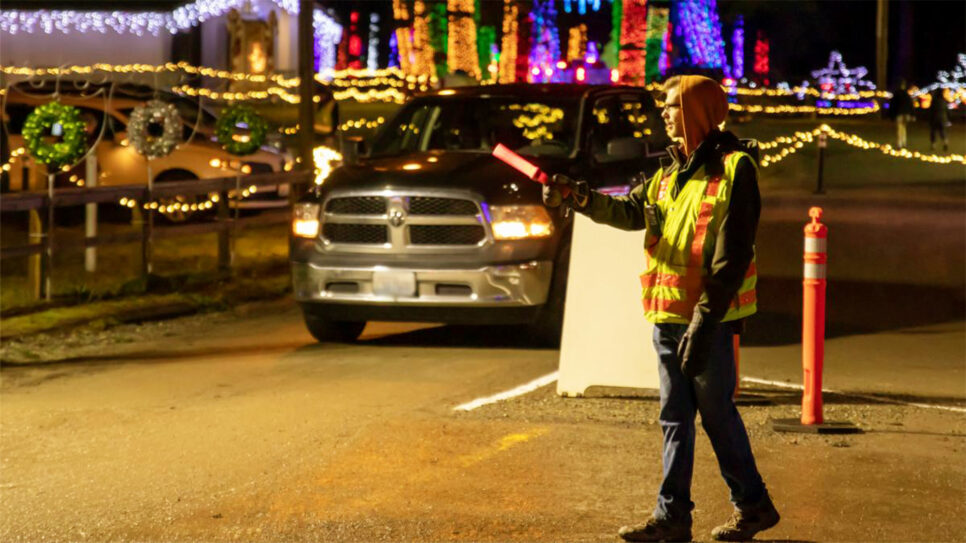 Volunteering at The Lights of Christmas